Following are what I think are a small basic selction of useful resources and links, largely to documents, books, websites, videos, audios etc., which I came across recently and find useful for my journey and hope you find them useful too. I will slowly and gradually add to this as I get to it. Most resources can be easily found through a simple internet search, if a link is not provided 😉

My own creations (see files below and also my blogs) are licensed under a Creative Commons Attribution-NonCommercial 4.0 International License) So you can use the content for non-commercial purposes with attribution. But I do not take responsibility or liability for any third party content which falls under Fair Use.

Follow the Rainbow to Findhorn: From humble beginnings to one of the world’s first eco-villages, the Findhorn Foundation and Community in the North of Scotland is home to over 400 people of all ages and backgrounds. This documentary follows some of them as they share their personal experiences of daily living and working together, their passion for community, their visions and dreams for the future.

Within Reach – A Journey to find Sustainable Community: Within Reach is a documentary film that follows one couple’s pedal-powered adventure across the United States in search of sustainable community, visiting around 100 intentional communities of great diversity along their journey.

Tomrrow The Movie – Showing solutions, telling a feel-good story… this may be the best way to solve the ecological, economical and social crises that our countries are going through.

Deep Listening – The Secrets of Living in Community – How do we make deep connections with land, with ourselves and with each other? How do we resolve conflict and make difficult decisions? Inspired by Aboriginal wisdom and with a beautiful backdrop of Australian landscape, Deep Listening learns what makes communities work and shows the path to a more harmonious way of being.

Living the Change: Inspiring Stories for a Sustainable Future Living the Change explores solutions to the global crises we face today – solutions any one of us can be part of – through the inspiring stories of people pioneering change in their own lives and in their communities in order to live in a sustainable and regenerative way.

The Top 100 Documentaries We Can Use to Change the World. A more beautiful, just and sustainable world is possible. Take this library and use it to inspire global change

BOOKS (much more recent comes through my FB posts)

Designing Regenerative Cultures by Daniel Christian Wahl (2016): This is a ‘Whole Earth Catalog’ for the 21st century: an impressive and wide-ranging analysis of what’s wrong with our societies, organizations, ideologies, worldviews and cultures – and how to put them right. The book covers the finance system, agriculture, design, ecology, economy, sustainability, organizations and society at large. – See a review at Book of the Day P2P Foundation

Ecovillage – 1001 ways to heal the planet by Global Ecovillage Network (edited by Kosha Jourbert and Leila Dregger. A beautiful portrait and story of dozens of ecovillages around the world, showing their diversity, beauty and stengths of what they have achieved and what deep learnings they hold for creating and regenerative world for all of us.

Eurotopia – Living in Community. A directory of Communities and Ecovilllages in Europe.

Alexander, S., 2015a, Prosperous Descent, Crisis as Opportunity in an Age of Limits. Simplicity Institute, Melbourne.

Bollier, D., 2015, Think Like A Commoner – A Short Introduction to the Life of the Commons. New Society Publishers, BC, Canada.

Joubert, K. A., & R. Alfred (Eds.), 2007. Beyond You and Me, Inspirations for Building Community. 4 Keys to Sustainable Communities across the Planet, Gaia Education, Permanent Publications.

Rosenberg, M. B. & A. Gandhi, 2003. Nonviolent Communication, A Language of Life. Puddledancer Press.

Scharmer, C.O., 2009. Theory U: Learning from the Future as It Emerges, Berrett-Koehler Publishers.

Trainer, T., 2014, A Limits to Growth Critique of the Radical Left. Simplicity Institute Report 14b.

Trainer, T., 2010. The Transition to a Sustainable and Just World. Ideas in Progress, Envirobook, 330pp.

Turner, G., 2008, A Comparison of the Limits to Growth with Thirty Years of Reality. Socio-Economics and the Environment in Discussion, CSIRO Working Paper Series 2008-2009, Canberra.

Walljasper, J. & J. Conrad, nd. How to Design our World for Happiness, The commons guide to placemaking, public space, and enjoying a convival life. OntheCommons.org.

Watkins, A., & I. Stratenus, 2016. Crowdocracy: The Future of Government and Governance. Urbane Publications.

Wilber, K. 2001. A Theory of Everything – An Integral vision for Business, Politics, Science and Spirituality. Shambhala, Boston & London.

Wilber, K., 2007. The Intergal Vision – A Very Short Introduction to the Revolutionary Integral Approach to Life, God, the Universe, and Everything. Shambala & London.

Communities – Life in Cooperative Culture: Communities magazine is the primary resource for information, stories, and ideas about intentional communities —including urban co-ops, cohousing groups, ecovillages, and rural communes. Communities also focuses on creating and enhancing community in the workplace, in nonprofit or activist organizations, and in neighborhoods.

This site uses Akismet to reduce spam. Learn how your comment data is processed. 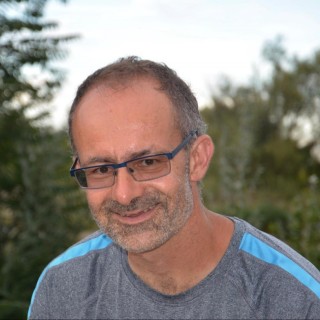 Cultural Creative | Evolutionary Activist | Change Agent | Whole Systems, Transition & Regenerative Designer, Educator, Leader and Facilitator | Peter is a cultural creative, working as radical evolutionary activist and change agent through the use of whole systems, transition and regenerative design to provide support through integral and participatory facilitation for individuals, groups, neighbourhoods, communities and organisations to co-create and co-design our sustainable futures of regenerative and thriving cultures, places, environments and local but globally networked livelihoods. Peter believes in order to tackle and resolve the many interconnected issues and threats we are facing we need to take a whole and integral person and systems approach so that we can strive to (co)-create true sustainability and regeneration of our presence on this planet and to create health and wellbeing for all (humans and non-humans). We have to work on creating bridges between the various ideas and views of the world, to embrace the diversity and work through use of transformative innovation to shift us into a new worldview of cooperation, abundance regeneration and using transformative resilience for a just and equitable future founded on self-reliant local but globally connected communities. Originally trained as a geologist and hydrogeologist and obtaining further postgraduate training in renewable energy technology (geothermal) and in environmental sciences and engineering, he has worked as consultant to support clients in managing challenging environmental impacts from past commercial and industrial processes and facilities, including the assessment and clean-up of polluted soils and waters, environmental risk assessment & management, water resources and waste management. Peter has worked on projects across Australia, New Zealand, Indonesia, Philippines, Austria, Italy and Iceland. His clients have included local, state and federal governments, organisations including those within the defence and private sector for the production and use of explosives/ammunitions and chemicals, infrastructure sectors of road, rail, ports and airports; private sector clients including manufacturers and petrochemical companies, as well as major property developers, financiers, lawyers, insurers and land owners, waste management companies including landfill operators. Hence Peter has extensive experience in Project and Program Management for small to large scale projects and programs. In recent years Peter has completed further extensive personal development, training and skills acquisition and capability in Sustainability, Permaculture, Sustainability and Integral Leadership, Participatory Facilitation, Applied Ecopsychology, Integral and Systems Thinking, Whole Systems, Transition, Sustainable & Regenerative Design, Ecovillage Design, and provides input and support for individuals, groups, communities and organisations for the co-creation and co-design of sustainable futures and provides advice for personal and organisational change and transformation. Peter was the Acting Head of Innovation for Gaia Education in 2017, is a certified Trainer with Gaia Education, an active member of the Leadership circle of the Global Ecovillage Network (GEN) Australia and a GEN Ambassador for Australia and on the National Committee of Cohousing Australia.